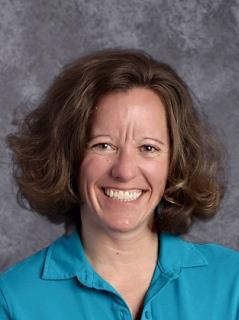 Miss Stansell was born and raised in Idaho, growing up in a very small rural farming community.   She moved to Alaska in 2005 after completing five years of upper elementary teaching. She taught elementary grades with the Bering Strait School District on St. Lawrence Island for three years and then was selected to the Alaska Statewide Mentor Project for two years. Her teacher-mentor role took her to various rural villages of Alaska to work alongside new teachers. From 2010-2014, Miss Stansell was principal of Kenny Lake School with the Copper River School District. In 2014, she moved to Fairbanks and began working for the Fairbanks North Star Borough School District as an assistant principal at Lathrop High School. This is her third year as principal of Anderson Elementary. In her spare time she enjoys walking her best buddy Norwegian Elkhound, Sig, along with watching sports, enjoying dinner clubs with friends, reading, and traveling to Hawaii or Idaho.